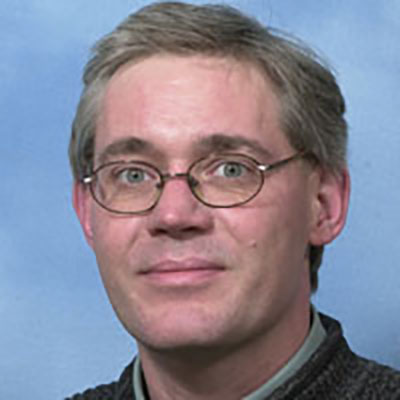 It is with extreme sadness that we report the sudden and untimely death of Geoff Robson on 15 May 2018. Geoff was a long serving member of the British Mycological Society which he served with distinction, notably as General Secretary over many years, and was President (2013-4). His prodigious contribution to the health and wellbeing of the BMS cannot be overstated and he had a pivotal role in many important decisions and transformations within the society, as well as taking care of the myriad of duties arising from his role as Secretary. His outstanding contribution to the Society was recognised by the award of the Benefactors Medal of the British Mycological Society in 2015. Geoff also had a very close involvement with the International Biodeterioration and Biodegradation Society (IBBS) over many years which he also served as Council member (2008-12) and President (2012-4) and organized and participated in many scientific meetings, many being a perfect fit for Geoff’s interests in fungal biodeterioration.

As Geoff’s close friends and colleagues will testify, Geoff brought an unflappable charm and reassuring confidence to committee meetings and the like, despite often having to deal with quite difficult issues while maintaining harmony among the disparate personalities characteristic of scientific communities. In this he succeeded quite admirably, and was held in great respect by all who knew him and worked with him. He was kind and generous, meticulous in organization, and regularly shouldered tasks above and beyond the call of duty, all without complaint or rancour. I was privileged to have a very close relationship with Geoff because of our significant BMS duties, and he was an unfailing source of help, advice and humour when needed.

Geoff was born in Huddersfield and obtained a first-class Honours degree in Botany and Biochemistry at the University of Salford in 1984. He obtained his PhD in 1987 at the University of Manchester, supervised by Professor A.P.J. Trinci, and remained in Manchester for the rest of his academic career, becoming a postdoctoral research associate, lecturer and senior lecturer in the School of Biological Sciences. Geoff was interested in several applied aspects of fungal growth, morphology and physiology. Early research in the Trinci lab explored several aspects of fungal growth and morphogenesis, and he had a significant involvement in the development of Quorn mycoprotein that now is of course standard fare in the British diet.  During this time, Geoff was a co-inventor on several patents relating to fungal food biotechnology, while other fundamental research explored some of the biochemical mechanisms underlying growth and branching in filamentous fungi. In fact, he received the Berkeley Award of the British Mycological Society in 1994 for his “outstanding and original contribution to mycology by a young scientist” based on this research. More recently he was particularly interested in the role of extracellular phospholipases in the pathogenicity of the human opportunistic pathogen Aspergillus fumigatus, and the colonization, biodeterioration and composting of man-made materials including plastics. This latter topic proved highly productive and the work received significant exposure in the literature, Geoff pioneering several modern molecular approaches to study the fungal communities involved in degradation of substances like polylactic acid, polyurethane and PVC.  Geoff was a regular invited speaker at national and international conferences, and I shared a platform with him many times in several different countries! One memorable occasion in the Philippines several years ago, it took us nearly an hour and a half to leave the lecture theatre as we were besieged by scores of students wanting selfies and group photos. One tiring professor there gloomily told us we would be on at least 200 Facebook sites by the evening!

Geoff loved to travel overseas, greatly enjoying his regular holiday cruises with Amanda and trips through his work, generally preferring countries hotter and drier than the UK, and with better food! Over several years he developed close research links with several universities in Thailand, notably Chulalongkorn University in Bangkok, and hosted several Thai PhD students back in Manchester. With tragic irony, he was engaged in setting up a student exchange programme with Nakhon Phanom University the day before he died. He also had close links in China, such as Jilin Agricultural University, and the Philippines, Central Luzon State University, where an ex-PhD student of Geoff’s, Evaristo Abella, is now the Dean of the College of Arts and Sciences. Through the Asian connections, Geoff developed his love of oriental food and a robust resistance to hot chillies and enjoyed replicating some of the Thai dishes back in Manchester, yellow fermented soy paste being one of his tricks for an authentic taste. Geoff also had connections with several other countries such as Saudi Arabia, Malaysia, and Pakistan, many arising from the international nature of his research group. Geoff attracted postgraduate students to his lab from countries all round the world and was a great believer in internationalism, scientific freedom and communication. He was a devoted and caring supervisor of over 50 postgraduate students, and many of these have attained responsible scientific positions in their home countries.  Geoff published over 150 refereed papers and over 20 invited book chapters and reviews, and was co-editor of several books notably the 21st Century Guidebook to Fungi (2011) with David Moore and Tony Trinci, and the BMS Symposium volumes The Fungal Colony (1999) with Neil Gow and myself, and Exploitation of Fungi (2007) with myself, Neil Gow and Pieter van West.  He was also a published poet.

Geoff served the wider microbiological community in many ways, but always as an ambassador for fungal biology. As well as conference organization, external examining and committee work, he was co-editor-in-chief of Fungal Biology Reviews (from 2009) and a co-founder and director of Fungal Biology Limited. He also acted as Secretary General of the International Mycological Association (a Division of the International Union of Biological Sciences) (2006-2010); Steering Committee member for the 9th and 10th International Mycological Congresses (2008-2014); and Council member of the Federation of European Microbiological Societies (2014- ). He also served on the Eukaryotic Microbiology Division of the Society for General Microbiology (now Microbiology Society) (2008-10) and several editorial boards including FEMS Microbiology Ecology, Mycological Research (now Fungal Biology), and Applied and Environmental Microbiology. He was a Fellow of the Royal Society for Biology (FRSB) and Visiting Professor, King Saud University, Riyadh, Saudi Arabia (2015-6).

Geoff is survived by his wife Amanda, son James, daughter-in-law Katrina, and grand-daughter Ava. He will be greatly missed by his family, friends and colleagues both in the UK and around the world.

I am greatly saddened to report the very tragic death of my Co-Senior Editor of Fungal Biology Reviews, Dr Geoff Robson. His passing away on the 15th May 2018 was extremely sudden and a shock to us all. In this editorial I do not wish to provide a detailed obituary of Geoff because an excellent one has been recently published (Gadd, 2018) and I would strongly encourage you to read it. Instead I would like to summarise aspects of the obituary highlighting some of Geoff’s significant career achievements, the breadth of his mycological experience and knowledge which he brought to his plethora of editing and written contributions, as well as wanting to celebrate Geoff as an extraordinary, highly respected and overall great guy.

Geoff obtained a 1st class BSc Honours Degree in Botany and Biochemistry from the University of Salford in 1984 and then went on to the University of Manchester to obtain a PhD (1987) with Prof TonyTrinci ashis supervisor andmentor. He remained at the University of Manchester as a Postdoctoral Research Associate, and then became a permanent member of the academic staff being finally being promoted to Senior Lecturer in the School of Biological Sciences. He had a very wide range of mycological interests, produced over 170 publications and co-edited four books. Geoff made significant research contributions on a great variety of topics particularly in applied areas of fungal growth and physiology. He made important contributions to the development of the Quorn mycoprotein in the 1990’s andwas co-inventor on several patentswith the food industry. In 1994, based on his research, he received the Berkeley Award of the British Mycological Society (BMS) for his “outstanding and original contribution to mycology by a young scientist”.

In recent years his research interests had particularly focused on the colonization, biodeterioration and the composting of man-made materials including plastics. He was President of the International Biodeterioration and Biodegradation Society (IBBS) from 2012 to 2014. Geoff supervised over 50 postgraduate students and developed strong international collaborations with academics around the world. From his days as a PhD, Geoff was a very active and highly respected member of the BMS that was strongly enforced by serving on and chairing multiple committees within the Society and also representing the BMS and fungal biology on many other national and international society committees. He organized/coorganised many conferences, the most significant of note was probably the 9th International Mycological Congress (IMC9), which was held in Edinburgh in 2010 and hosted by the BMS. Although I was the main organizer of that meeting, Geoff and I worked very closely together and he played a vital role in making the meeting the outstanding event that it was (see Special Issue of FBR which contains the Keynote and Plenary papers from IMC9: Read and Robson, 2011).

Within the BMS he was an exceptional General Secretary for many years and President from 2013 to 2014. Geoff’s notable prowess at excellent organization and diplomatic skills played a critical role in steering its modernisation during this millennium. In 2015, Geoff was awarded the Benefactor Medal by the BMS for his ‘outstanding contribution to the Society’. Geoff was an important player in negotiating the first publishing contract with Elsevier and in upgrading and expansion of the stable of BMS journals (Fungal Biology Reviews, Fungal Biology, and Fungal Ecology). In 2009 he took up the helm with me as co-Senior Editor of FBR.

In all my interactions with Geoff I can say he has been a wonderful guy to work with being completely reliable and conscientious as well as being very kind, good humoured, thoughtful, and extremely supportive, caring and generous to his colleagues and students. I feel very privileged to have worked with him so closely within the BMS and as a colleague in recent years at the University of Manchester, and to have known him as a good pal.

He will be greatly missed by his family and friends, and all who worked with him .

Keynote and Plenary papers from IMC9

© 2018 Published by Elsevier Ltd on behalf of British Mycological Society.