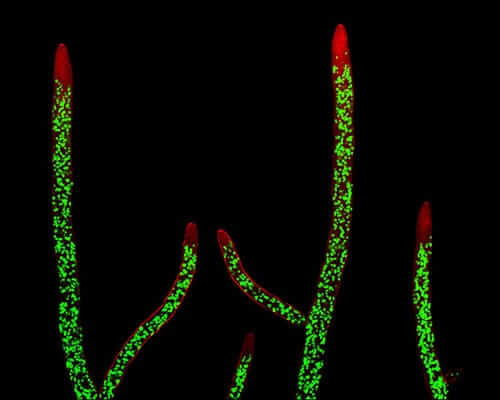 In silico analysis of genomic variants influencing titanisation ability in Cryptococcus neoformans in response to fluconazole.

During the summer, I was fortunate enough to do some research with members of the Ballou lab to investigate Cryptococcus neoformans through bioinformatics analysis.

This was done despite lockdown measures as I was working from home, however I was well supported through frequent Zoom meetings with other team members many of whom were still able to carry out lab work. We were investigating Cryptococcus neoformans, which is a fungal pathogen that commonly infects immunocompromised individuals and may lead to life-threatening meningitis. Following lung inhalation or in vitro induction, some cells transform into an unique titan phenotype, with conversion to large, polyploid cells over >10μm, with a thick cell wall and crosslinked polysaccharide capsule that are believed to play a role in immune evasion and dissemination.

One of the most important drugs for treating cryptococcosis is fluconazole. However, fluconazole resistance is common, with 60-80% of patients experiencing drug resistance during the course of their treatment. This is due to intrinsic heteroresistance (where particular individuals are more resistant than others and are positively selected during drug exposure). It has been shown that resistant cells demonstrate aneuploidy particularly in chromosome 1, with upregulation of genes such as AFR1, a drug efflux pump and ERG11, a fluconazole target enzyme important in conferring resistance. We hypothesised that titanisation is a mechanism that allows particular cells to become resistant and that resistant colonies may have increased tendency to titanise. Since titanisation involves polyploid cells, there may be copy number amplification of genes conferring resistance, and the thickened cell wall and capsule may reduce drug penetration. Moreover, titan cells give rise to aneuploid progeny, which are also FLC resistant1. Therefore, we investigated what genetic variants might influence titanisation capacity.

To do this, we first obtained samples from Tanzanian HIV associated paired patient isolates that were either non-resistant (parental) or resistant in vitro when tested by Stone et al2. When we tested their ability to titanise, we observed that some resistant samples had slightly increased ability to titanise, as measured by positive shift in DNA content and increased number of titan cells when measured by flow cytometry and microscopy. However, intriguingly other resistant samples seemed to have reduced DNA content and reduced number of titan cells compared to parental. This reduced ability to titanise we hypothesise to be the result of genetic drift in some samples which may be exacerbated by the formation of reactive oxygen species during fluconazole treatment that may provide increased mutagenic background. Loss of titanisation may not preclude loss of resistance since titan aneuploid progeny continue to be resistant even if titanisation ability is lost in some cells. Mutagenic changes may occur stochastically so in some samples there is no loss of titanisation, but there may be changes in other phenotypes we did not measure such as capsule formation or melanin production.

To investigate potential genetic variants associated change in titanisation ability, we next accessed whole-genome sequenced data for the paired isolates via the EBI database. Variant calling was then done compared to the H99 reference genome using a galaxy workflow, and results sorted and filtered. Bcftools was then used for pairwise analysis of differences between non-resistant and resistant samples and results analysed via Ensembl to find genes associated. Using FungiDB, we found genes common to samples that displayed increased titanisation in resistant samples; and a separate set of genes found in samples with reduced titanisation in resistant samples. Gene enrichment analysis was carried out and we identified particular GO terms associated with cellular stress response, cell wall synthesis and chromatin remodelling that may be linked to titanisation. This was visualised using Revigo.

Figure 2: Gene enrichment analysis for samples that had increased titanisation samples in resistant samples. Graph for non-titanising samples not shown.

Next, in order to further explore which genes might have been responsible for altering titanisation ability, we compared my genes with a library of mutants which had particular genes knocked out to screen for qualitative changes in titan cell size and had demonstrated abnormal morphology under titanising conditions. This yielded a small number of genes shared during in vitro and in silico analysis which warrant further investigation. In particular, we identified CNAG_05292, found in titanising samples, and CNAG_3765, found in both titanising and non-titanising samples. Both encode enzymes involved in the trehalose biosynthesis pathway, tps1 and tps2 respectively. Under titanising conditions, tps1 mutants could not titanise and had reduced cell density, whereas tps2 mutants displayed extremely large cells many of which had lysed (Figure 3).

In the literature, trehalose has been shown to be important in protecting against both external and internal stresses in fungi, such as osmotic or heat stress. It is also important in virulence, with tps1 null mutants exhibiting avirulence in animal models, and also demonstrating increased susceptibility to antifungal drugs that increase oxidative stress. It remains to be seen whether it has a causal role in fluconazole resistance through its possible contribution to titanisation in Cryptococcus neoformans; studies in Cryptococcus gatti have shown tps1 mutants have cell wall defects and reduced melanin and capsule synthesis, processes central to titanisation, however these defects have yet to be observed in Cryptococcus neoformans3. Our mutants suggest trehalose biosynthesis does affect titanisation characteristics although the precise mechanisms of why Tps1 and Tps2 mutants display different phenotypes remains to be characterised. We hope that by identifying pathways regulating titanisation, in the future drugs could be selectively targeted to these pathways to combat fluconazole resistance.

My research has been a preliminary exploration into potential genes involved in titanisation, however more research would be needed to further characterise the possible pathways involved. Although my research experience has undoubtedly been unusual since I was working from home, I have definitely learnt a lot about what research is really like and have experienced first-hand both the frustrations of waiting to download massive amounts of data and sense of fulfilment when finally understanding how to analyse it! I have also learnt many skills relating to bioinformatics and genome analysis which I wouldn’t have done if I had worked in the lab instead as originally planned. I am deeply grateful to my supervisor and other team members that supported me throughout and made this project both challenging and enjoyable.