How old are Fungi? 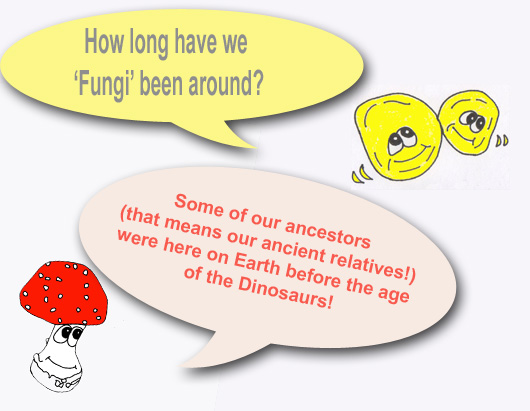 Fungi have been on our planet for millions of years.  They were here before the dinosaurs appeared and they were one of the few groups of living things to survive the two great extinctions!

To begin with fungi were simple microscopic organisms that lived in the great lakes and rivers that covered the earth.  Soon they began to work with plants that grew in the rivers and lakes, forming close associations with them by growing fine threads around their roots. 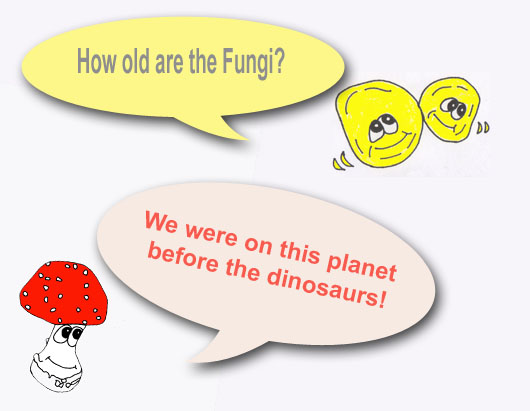 Eventually this 'team effort' paid off and the fungi helped the plants to move from the water onto the land.  These simple groups of fungi that helped plants to grow on the land are known as 'fungus roots' or 'mycorrhiza'.

Fungi continued to develop and today some groups of fungi produce fruit bodies from their fine threads (or mycelium). These are the parts of the fungus that we can see, as they are above the ground.  Remember that the fruit body of a fungus is like the fruit of a flowering plant - its job is to protect and spread the fungal spores - just like the fruit of the apple tree protects and spreads the apple seeds.