Trial to begin for pharmacist linked to fungal meningitis outbreak

CNN)More than 700 people in 20 states were diagnosed with fungal meningitis and other infections after receiving contaminated medication in 2012. Sixty-four patients in nine states died, making it the deadliest meningitis outbreak in US history.

Now jurors will begin to weigh evidence against a pharmacist who prosecutors say is directly responsible for 25 of those deaths.

Jury selection in the trial of pharmacist Barry Cadden, 50, is expected to begin Wednesday. Cadden, owner and head pharmacist of New England Compounding Center, known as NECC, is charged with 25 counts of second-degree murder in connection to the 2012 outbreak.

The deaths were allegedly caused by contaminated vials of preservative-free methylprednisolone acetate, a steroid manufactured by the compounding pharmacy.

NECC's supervisory pharmacist, Glenn A. Chin, also is charged with 25 counts of second-degree murder, though a trial date for Chin has not yet been set. Both Cadden and Chin face a maximum of up to life in prison if convicted on all counts, according to the US Attorney's office. 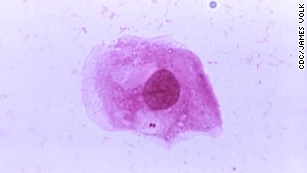 The US Justice Department noted in 2014 that the murder charges do "not require the government to prove Cadden and Chin had specific intent to kill the 25 patients, but rather that (they) acted with extreme indifference to human life."

The indictment says 751 people came down with infections, including meningitis, after health officials injected their spines with the contaminated steroid. Meningitis results in inflammation of the membranes covering the brain and spinal cord.

The problems came to light in fall 2012, after the first cases were reported. The Framingham, Masschusetts-based NECC voluntarily recalled three lots of the steroid that September. The next month, the Massachusetts Department of Public Health, working with the Food and Drug Administration, reported that it had "identified serious deficiencies and significant violations of pharmacy law and regulations that clearly placed the public's health at risk."

NECC's owners agreed to create a $100 million fund for victims of the outbreak in late 2013, about a year after filing for bankruptcy protection under Chapter 11.

But in January 2013, it filed a letter with the Securities and Exchange Commission claiming its cleaning company should share responsibility for the outbreak. UniFirst Corp. acknowledged that it provided "once-a-month cleaning services," but added that the pharmacy's claims are "without merit," the filing says.

Health officials, however, have consistently blamed those behind NECC and its sale and administration subsidiary, Medical Sales Management, for the problem.

Cadden also faces multiple counts of racketeering, conspiracy, aiding and abetting and mail fraud, according to his 2014 indictment.

The indictment claims that NECC did not comply with cleaning, sterilization and other safety regulations -- and that many who worked there, from its owners to pharmacists, actively lied about it.

Cadden allegedly "instructed the ... sales force to falsely represent to customers that NECC was providing the highest quality compounded medications." Cadden and others also allegedly used or approved the use of expired or expiring ingredients and "failed and caused others to fail to properly sterilize drugs," the indictment states.